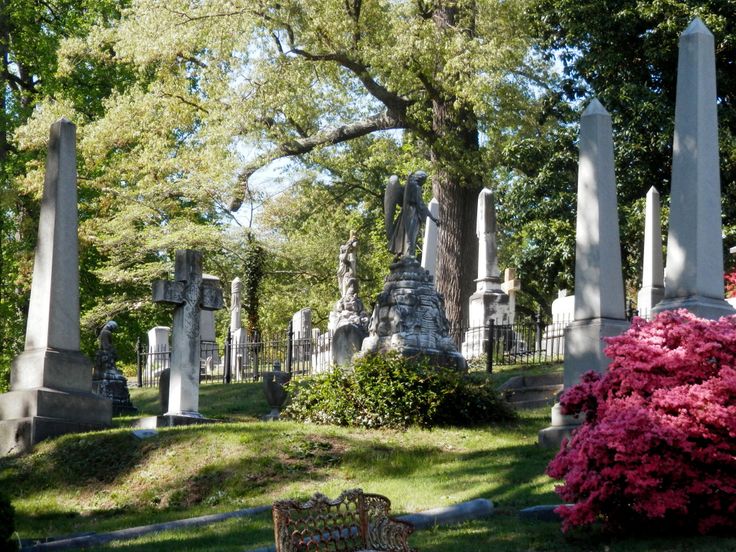 Hollywood Cemetery is best known as the final resting place for Presidents James Monroe and John Tyler. What most people do not know is that Hollywood Cemetery also contains some of the best examples of native trees in the Commonwealth of Virginia. Although they are located in a cemetery, these historic trees are alive and well and shade the grave sites of many famous notables.

Hollywood Cemetery was designed in 1847 in a rural garden style to escape the grid-like monotony of city cemeteries. A major feature of the cemetery is its many stately trees that were left untouched by landscape designer John Notman. Garden cemeteries were designed with the living in mind and meant to be a haven for people to escape the city and enjoy a peaceful setting. Hollywood Cemetery's paths wind over 135 acres – through valleys, over hills and beneath stately tulip poplars and white oaks. There are over 2,000 trees in the cemetery today; many of which predate the cemetery.

Some of the outstanding examples include the largest tree in the cemetery, a 78” DBH Tulip Popular, a 140’ tall Bald Cypress and, the most beautiful tree, a 45” DBH Black Gum in the middle of the cemetery, a showstopper in the fall.

Hollywood Cemetery was named a recognized arboretum with the ArbNet Arboretum Accreditation Program in 2017.