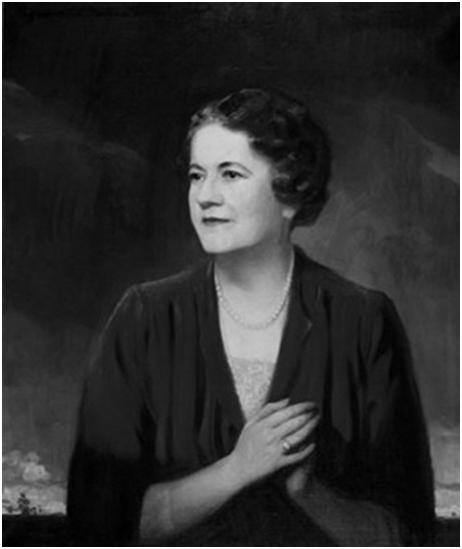 Ellen Anderson Gholson Glasgow was born in Richmond, Virginia, on April 22, 1873, and published her first novel, The Descendant, in 1897, when she was twenty-four years old. With this novel Glasgow began a literary career encompassing four and a half decades and comprising twenty novels, a collection of poems and one of stories, and a book of literary criticism. Her autobiography, A Woman Within, was published posthumously in 1954.

Born into an aristocratic Virginia family, the young Glasgow rebelled against the conventional modes of feminine conduct and though approved by her caste. Educated at home and through her own energetic readings in philosophy, social and political theory, and European and British literature, she developed a mind with enough strength and resilience to confront the truths of human experience without the sheltering illusions carefully nurtured by the dying southern aristocratic order she saw about her.

Glasgow's strong intellect led her to a conscious channeling of her creative energies toward the making of a substantial body of fiction. The framework of these works was to be, as she stated in 1898, at age twenty-five, "a series of sketches dealing with life in Virginia." As she matured artistically, this early half-formed intention realized itself in a series of novels that constitutes a social history of her native Virginia. The great organizing ideas of her fiction are the conflicts between tradition and change, matter and spirit, the individual and society. The natural bent of her mind taught her that realism and irony were the best tools with which to fashion a new southern fiction to take the place of the sentimental stories of the glorified aristocratic past that dominated the regional fiction of her day. Through her poor white heroes and heroines, she introduced democratic values seldom found in the works of other southern writers, outside of Mark Twain. From the very beginning of her intellectual and creative life, she rejected Victorian definitions of femininity dominating the social attitudes of her day.

Glasgow produced seven novels of enduring literary merit. The Deliverance (1904) the best of her early novels, offers a naturalistic treatment of the class conflicts emerging after the Civil War. Its evocation of the Virginia landscape and tobacco farming invites comparison with Hardy's epics of the soil. In her women's trilogy - Virginia (1913), Life and Gabriella (1916), and Barren Ground (1925) - Glasgow assigns each of her heroines a fate determined by her response to the patriarchal code of feminine behavior that had formed her; a code that, as Glasgow shows so well in Barren Ground, always pitted women against their own biological natures. After Barren Ground, which marked her arrival at artistic maturity, Glasgow produced three sparkling comedies of manners - The Romantic Comedians (1926), The Stooped to Folly (1929), and The Sheltered Life (1932), the last the author's finest work. In these novels of urban Virginian life depicting the clash of generations, she again shows her women characters reacting to patriarchal stereotypes, limiting their individuality and growth, while at the same time exposing, either with comic or with satiric irony, the limitations these views of women place on the male characters who hold them.

A popular writer, Glasgow was on the best-seller lists five times. In 1942 she received the Pulitzer Prize for her last published novel, In This Our Life, though by this time her powers had declined. Her artistic recognition had reached its height in 1931 when, as the acknowledged doyenne of southern letters, she presided over the Southern Writers Conference at the University of Virginia. For many years the victim of heart disease, she died in her sleep at home in Richmond on November 21, 1945.