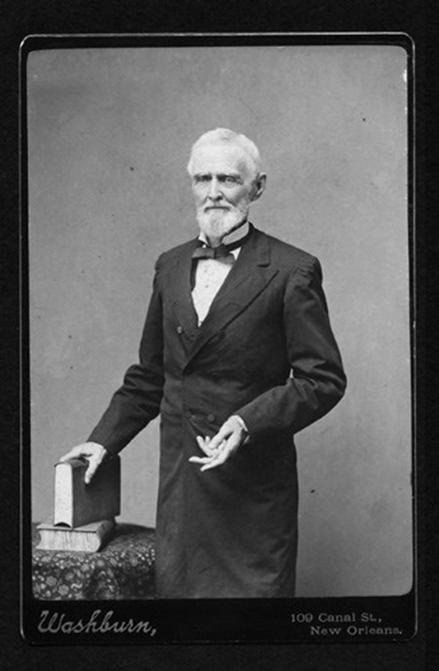 Jefferson Davis was born in a log cabin in Kentucky, the youngest and tenth child of Samuel and Jane Davis. His birthplace was less than one hundred miles from that of Abraham Lincoln (also a log cabin in Kentucky), and the two were born within one year of each other. Davis's father had served in the Continental army during the Revolutionary War. His father took up tobacco planting, but the family never became very wealthy. At one time they moved to Woodsville, Mississippi.

Davis received much of his early academic education at home in Kentucky and Mississippi. However, from age seven to nine, he attended St. Thomas School in Kentucky (the only Protestant student in the Catholic school), and from age thirteen to sixteen, he went to Transylvania University (in those days kind of like a college prep school), where he received a classical education.

Davis was interested in studying law just like Abraham Lincoln, but his family convinced him to pursue military training instead. In 1824 President Monroe appointed Davis to West Point military academy as a cadet, and he graduated as an officer of the army in 1828.

Davis was said to possess great intelligence and imagination although he was reserved and severe in manner, indecisive, and stubborn. He was also described as having a "slight, light figure, little exceeding middle height, and holds himself erect and straight." He had high, prominent cheekbones, thin lips, and deep-set eyes.

After graduating from West Point, Davis served in the Black Hawk War in 1832, where Abraham Lincoln also served. Davis fell in love with the daughter of his commanding officer, Col. Zachary Taylor, who would later be president of the United States. Sarah Taylor's father did not approve of the match, but Davis resigned from the army in 1835 and married her anyway. Taylor was at first furious, but he eventually reconciled and even became friendly with Davis.

Their marriage ended in tragedy, however, when Sarah died three months later of malaria, which she caught in Louisiana while visiting her sister. Davis returned to Mississippi as a planter and stayed there for the next ten years. Davis tended to his plantation, read extensively, and made only infrequent excursions outside his community.

In 1844 Davis married Varina Anne Howell, the daughter of a wealthy Mississippi planter. That same year he was elected to the US House of Representatives, where he became a leading spokesman for states' rights.

One year later Davis joined Gen. Zachary Taylor in the Mexican War as commander of a Mississippi regiment. He returned a war hero and was soon appointed to the United States Senate. In 1853 he became secretary of war under President Franklin Pierce, where he demonstrated his southern expansionist learnings and defense of slavery.

When the southern states seceded from the Union and formed the Confederacy, the southern leaders chose Jefferson Davis as their president. In 1862 he was inaugurated at Richmond, Virginia, the only president of the short-lived Confederate States of America. 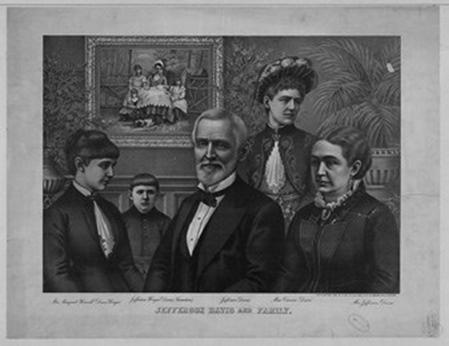 President Lincoln allowed a journalist and a minister through Union lines in July 1864 under a flag of truce to offer peace and amnesty to Davis, but the Confederate president was outraged. "Amnesty, Sir, applies to criminals," he told his envoys. "We have committed no crime. At your door lies all the misery and crime of this war...We are fighting for Independence -- and that, or extermination, we will have...You may emancipate every Negro in the Confederacy, but we will be free. We will govern ourselves...if we have to see every Southern plantation sacked, and every Southern city in flames."

At the end of the Civil War in 1865, Davis was taken into custody in Georgia. He was held at Fort Monroe, while the government tried him as a war criminal and charged him with treason. The case dragged on for years but was dropped in 1869 after President Johnson issued his proclamation of unconditional amnesty, restoring constitutional rights to all who had supported the Confederacy.

After the trial ended and Davis was released, he returned to Mississippi where he wrote The Rise and Fall of the Confederate Government. He and his second wife had six children, but three died tragically at a young age. Margaret was the only Davis child to lead a long life and marry.

The Davis Family Association holds its annual reunion May 31 through June 1 at the Rosemont Plantation, Davis's childhood home in Woodsville, Mississippi. The Davis family thinks it's a shame that all most people know about him was that he fought to preserve slavery, says Davis's great-great grandson.