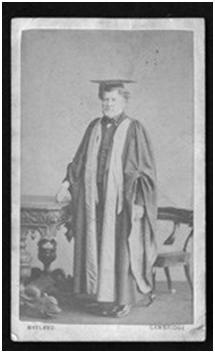 Matthew Fontaine Maury was born on January 14, 1806, near Fredericksburg, Virginia. The years of his youth were spent in Tennessee, but he looked forward to joining the navy, emulating his older brother who was a naval officer. From 1825 to 1834, Maury made his first three extended voyages—to Europe, around the world, and to the Pacific coast of South America. Upon his return in 1834, Maury married Ann Hull Herndon and settled in Fredericksburg.

During the years 1834 to 1841, Maury produced published works on sea navigation and detailing sea journeys. He also began writing political essays pushing for navy reform. In 1842 Maury was appointed superintendent of the Depot of Charts and Instruments of the Navy Department in Washington. In this position he began publishing his research on oceanography and meteorology as well as charts and sailing directions. By the fall of 1853, Maury had become internationally recognized for his work. He was sent to an international congress at Brussels as the United States representative. Maury’s system of recording the oceanographic data of naval vessels and merchant marine ships was thereafter adopted worldwide. In 1855 he published The Physical Geography of the Sea, which is now credited as “the first textbook of modern oceanography.”

Maury had always been very interested in the commercial construction of the South. As tensions increased between the South and the North, his regional interests became solidified. On April 20, 1861, three days after Virginia seceded from the Union, Maury resigned from the United States Navy. Several days later he accepted the position of commander in the Confederate navy. Because of his international fame, he was sent to England as a spokesperson for the Confederate government and the Southern cause. During the Civil War, Maury was successful in acquiring war vessels for the Confederacy and in the progress he made in harbor defense, experimenting with electrical mines.

After spending a few post-Civil War years in England, Maury returned to Lexington, Virginia, in 1868 to accept the position of professor of meteorology at Virginia Military Institute. In the fall of 1872, Maury became ill during one of his lecturing tours. He died several months later on February 1, 1873 and was temporarily buried in Lexington. Maury’s body was then moved to Hollywood Cemetery.